Electrostatic forces have been studied in many previous studies for microsystems. We, on the other hand, are studying the application of electrostatic force in the macroscopic domain, ranging from several cm to several tens of cm. Effectively utilizing electrostatic force, we can realize, e.g., ultra-thin motors, transparent actuators, and lightweight high-power artificial muscles. Based on such unique actuation technologies, we have proposed and studied novel mechatronic systems.

The picture below shows a high-power linear motor, utilizing flexible printed circuit films. As shown in the picture, the motor can freely deform even during operation, and thus is promising as a bio-mimetic robotic muscle. This particular motor is a synchronous motor and therefore is applicable to high-precision positioning. Another promising application can be found in strong magnetic fields, such as within MRI (magnetic resonance imaging) scanners. Currently, we are working to improve the performance by, e.g., introducing new operation principles. 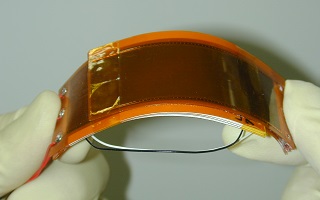 Integration of such transparent actuators with visual displays, such as an LCD, can realize a novel computer-human inteface, on which a real physical object moves around in accordance with the visual information.


To realize tactile sensing for robots or new touch interfaces for wide range of applications, we have been developing a new sensing technology to measure pressure distribution with a simple structure, based on tomography. Conventional tomography-based technologies have limited design flexibility due to the use of pressure-sensitive materials. The proposed method can detect pressure distributions by simply attaching electrodes onto electrically conductive materials, leading to higher design flexibility. The technology allows us to realize flexible and transparent pressure distribution sensors that can be mounted on surfaces with various shapes. 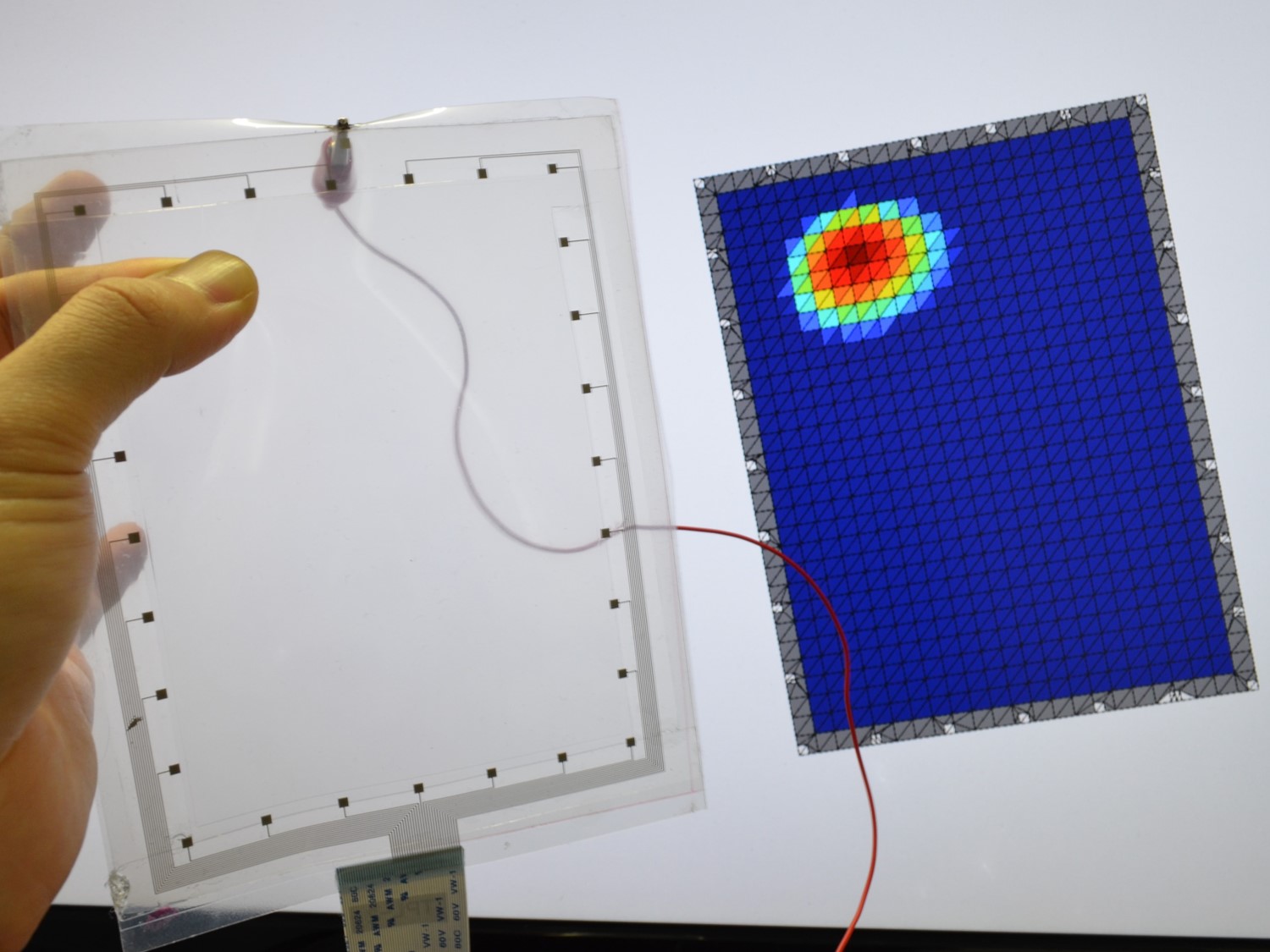 In order to improve the reality and fidelity in tele-operations and virtual realities, we have been studying haptic/tactile technologies that can reproduce sense of touch in the remote/virutal environment.

We have so far realized reproduction of tactile feelings perceived on a fingertip, which include surface roughness feeling, material thermal feeling, softness feeling, and stickness feeling. Those tactile reproductions have been realized through investigation of human tactile sensations and with unique mechatronic technologies. One example is shown below, where a user can feel various softness feelings together with feelings of embedded lumps. Such device is expected to be utlized, for example, in remote palpation. Although the device below has been designed for a single fingertip, we can expand it to much wider area, as shown in this movie, which feels much more immersive than that for a single fingertip.

We have also been working on novel haptic technologies dedicated for large video displays. One example is shown below, where multiple users can experience haptic feedback from the visual information graphically rendered on the display. Users can feel, for example, the reaction force from the ball, or from the wall, or can even feel the surface textures.

In general, a haptic device for force feedback needs to be grounded; in other words, it needs to be fixed to the ground or to the table. This is because "reation force" is always needed to provide force to a user. The reaction force is normally received by the ground or by the table. In case of handheld devices, on the other hand, there is nothing to receive the reaction force, which makes it difficult to realize force feedback on handheld devices. To overcome this problem, we have been studying "pseudo haptics" using tactile stimulation, where users feel "force" sensation by a kind of haptic illusion.

Our studies have revealed that when a palm, which is gripping some object, is given a pressure tactile stimulation, the user feels as if the object is pushing the hand, even though there is no real external force. The device shown below provides "reaction force" from the virtual/remote environment using the haptic illusion.

If robots can operate with the help of the environment, it will enable the robots to be utilized in much more diverse situations. From such a view point, we have been studying unique locomotive mechanisms that utilize environmental energy.

The exmples shown below are a semi-passive dynamic walker and a bicycle that utilize thermal energy of the environment. These mechanisms do not have any sensors or actuators, but can realize moving motions when arranged on a hot horizontal surface. Although the current prototypes require considerably high temperature, such as above 100 degrees-C, we are trying to reduce the required temperature, such that the mechanisms will become able to walk/run on a heated ground during hot summer.

In addition, we have been investigating locomotive mechanisms that are compliant with various features of the environment. The example below is a wall climbing robot that adheres to a wall by using electrostatic force, or electroadhesion. Electroadhesion is now widely utilized in the field of robotics, and we are one of the first groups that presented electroadhesion for robotics (in IEEE MHS2007). In addition to the adhesion, we can also realize locomotion using electrostatic force by utilizing the electrostatic actuation described above. Such fully electrostatic wall climbing robots are expceted to operate in special environements, such as strong magnetic fields. 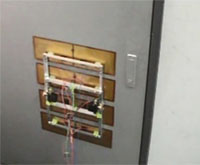 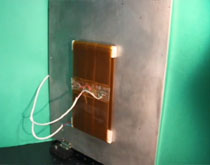 Transmission and reproduction of tactile information

Actuators for a strong magnetic field

A new computer interface that can handle object shape